This is one of those “note to self” kinds of blogs. I spent just enough time figuring this out right now that I don’t want to repeat, so here’s a problem that I hit and the solution. Hopefully it helps someone else besides future-me.

So as is normal for me (spoiler: I’m not normal), I pull out WinDBG, specifically WinDBG from the Microsoft Store, which for Windows 10 is a much nicer experience than the traditional one. Unfortunately, Cython by default does not produce good debugging information, so my native call stack is horrendous and I’m no closer to finding the problem.

Here’s the relevant part of my setup.py file before updating:

This is a pretty standard way of building a Cython module. But it enables no debugging support.

Here’s the same part of my setup.py after updating for debugging. This is not something I’d check in (or it’d be under a special flag), but it helped me get to a point where WinDBG could show me useful information.

With all of these options enabled, when running my code under WinDBG, it will break at the correct location and show a valid callstack that maps back to my .pyx file. Unfortunately, Cython’s variable name mangling means that it’s still a little bit of work to match locals to source code, but otherwise it makes debugging your Cython extension significantly easier. 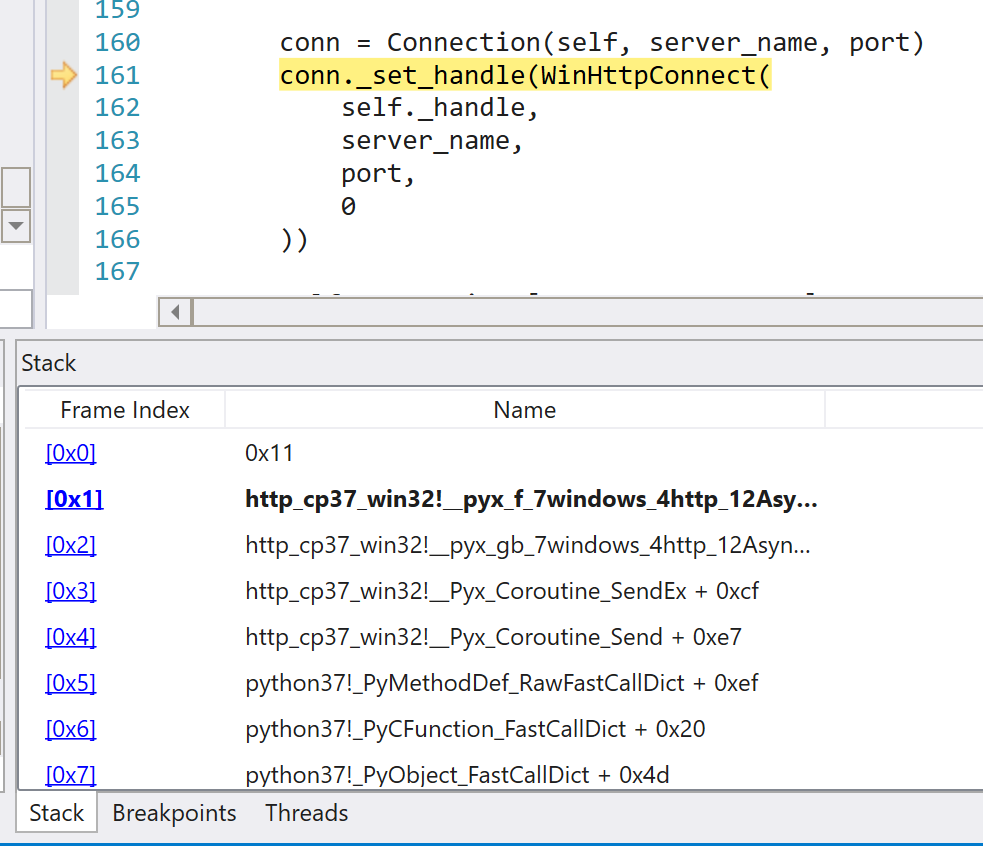